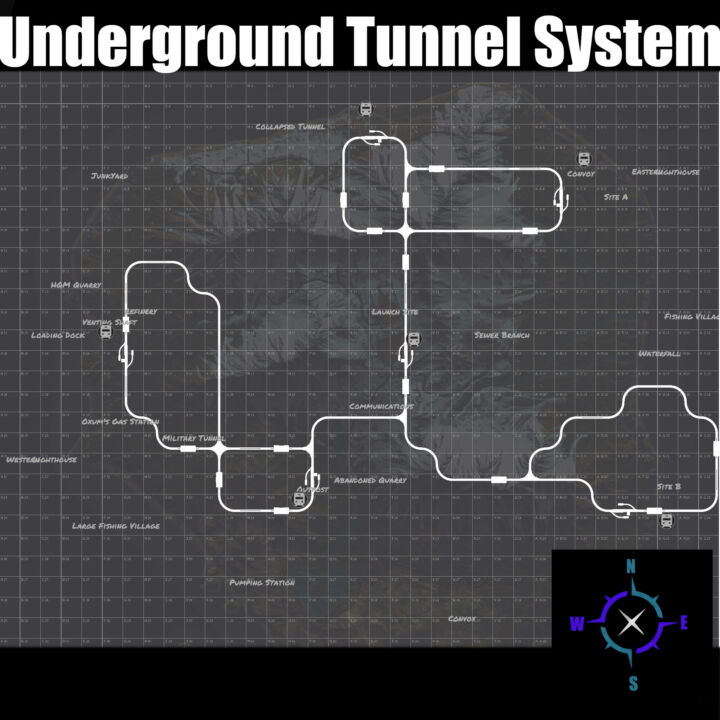 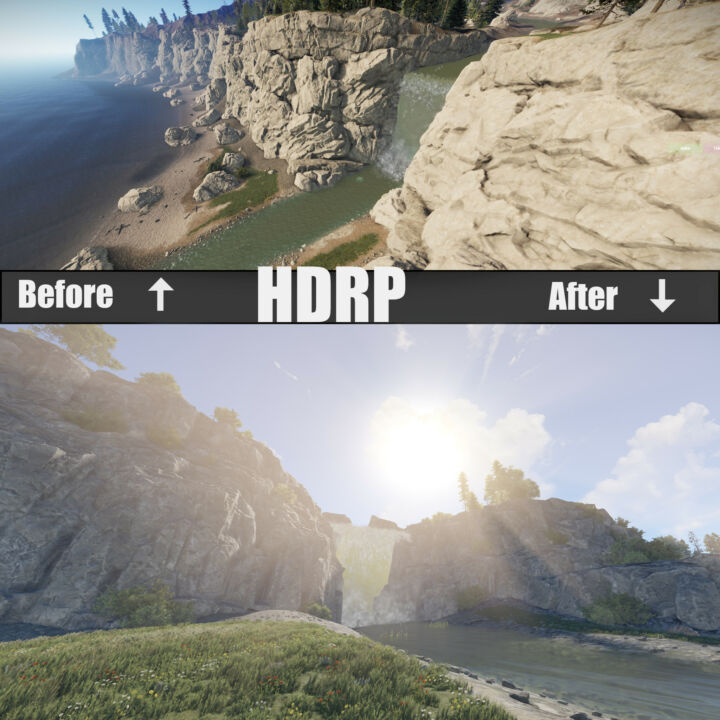 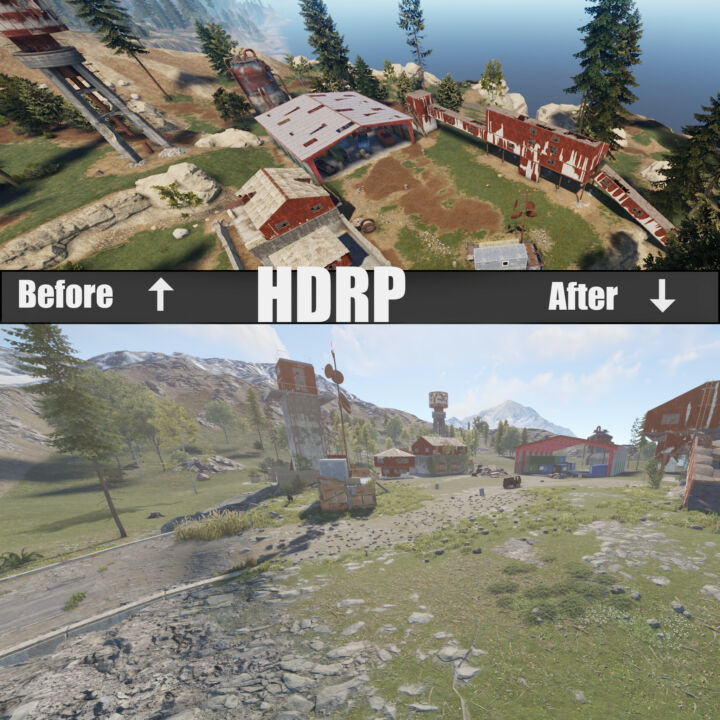 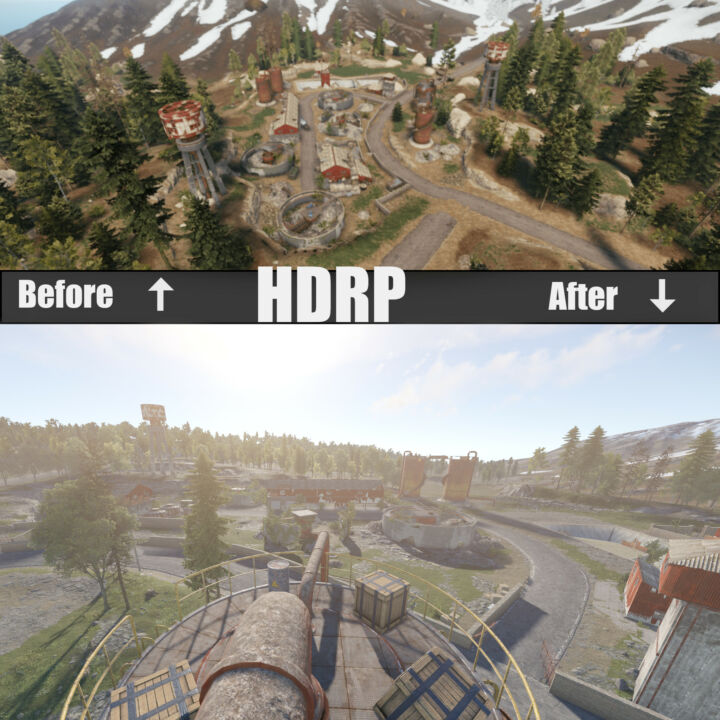 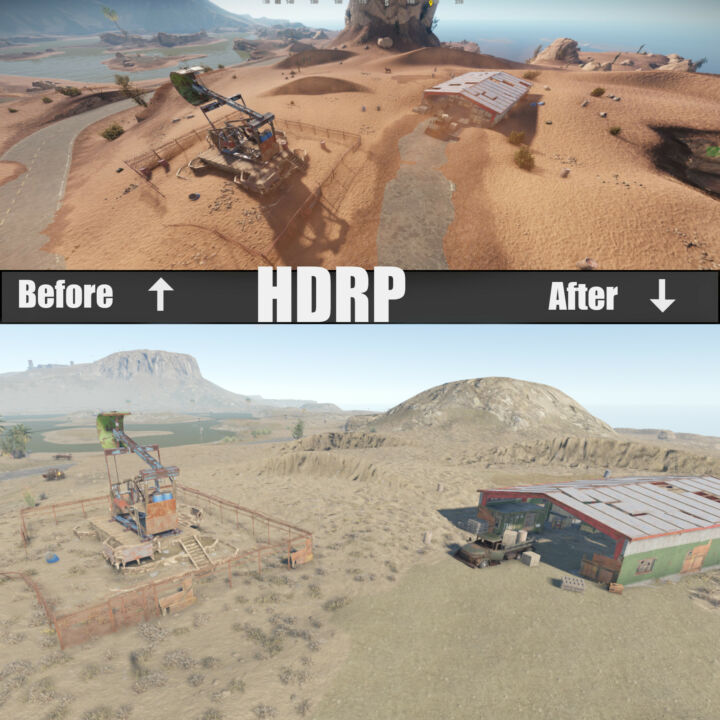 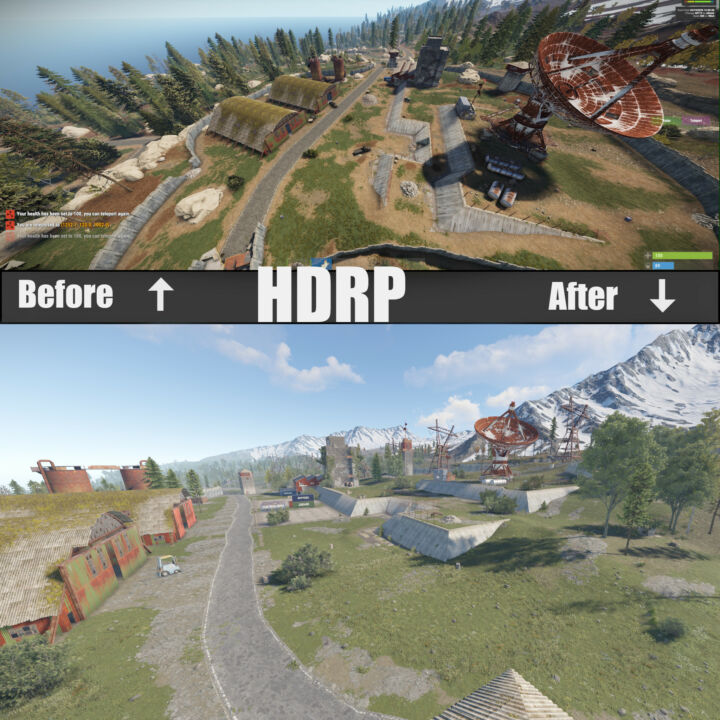 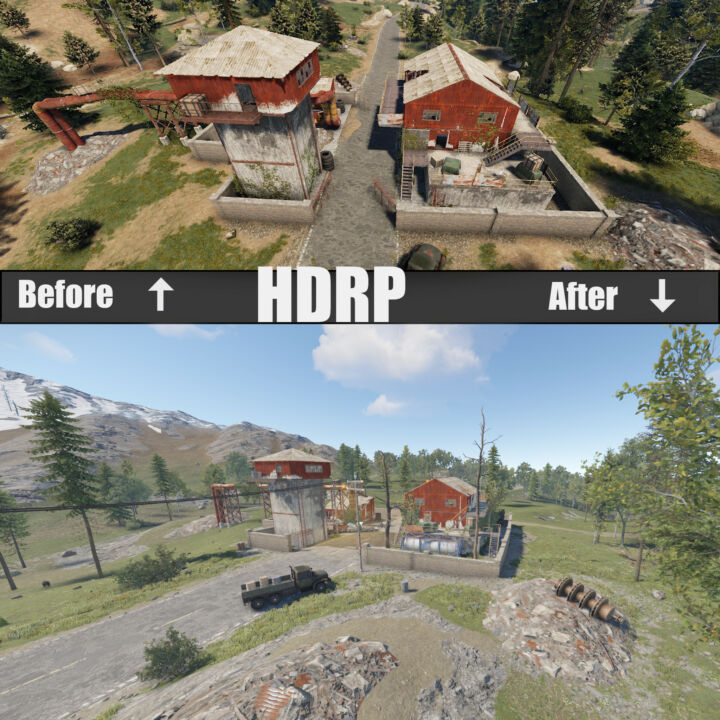 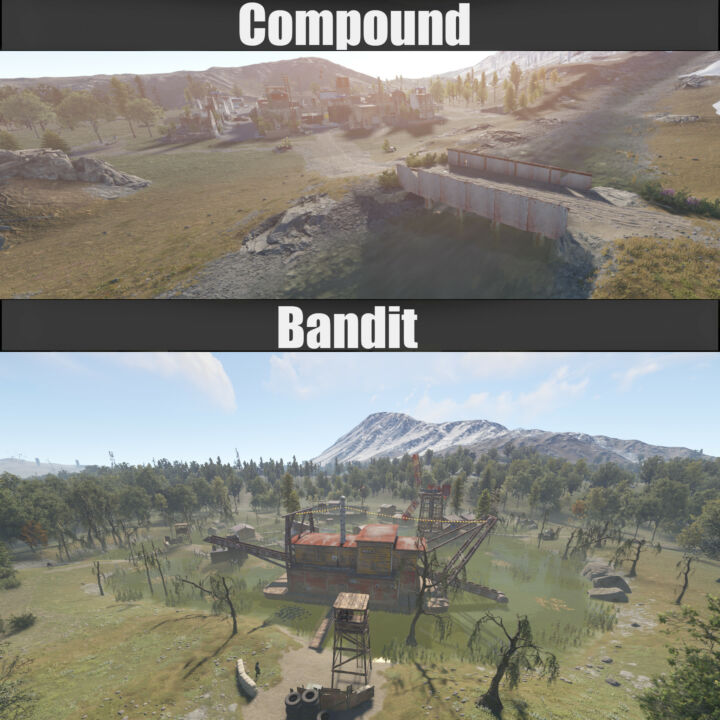 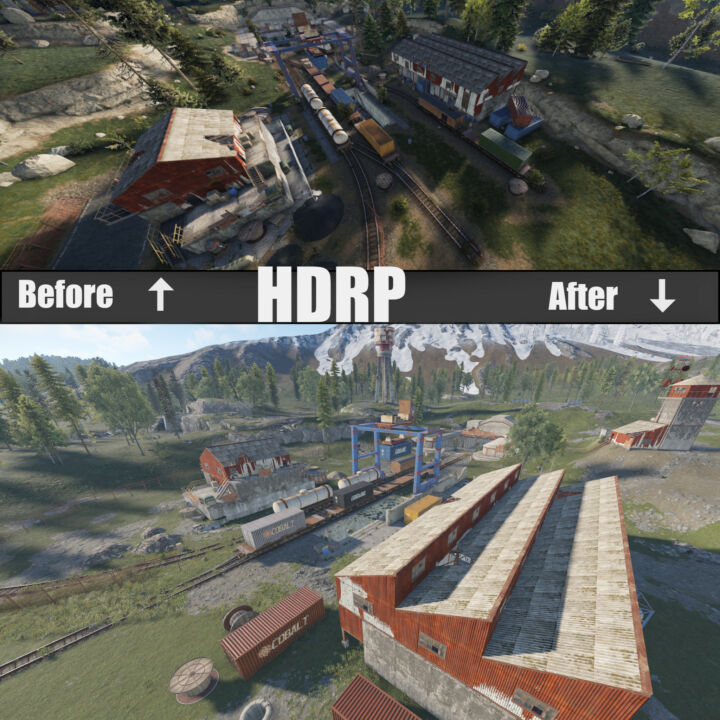 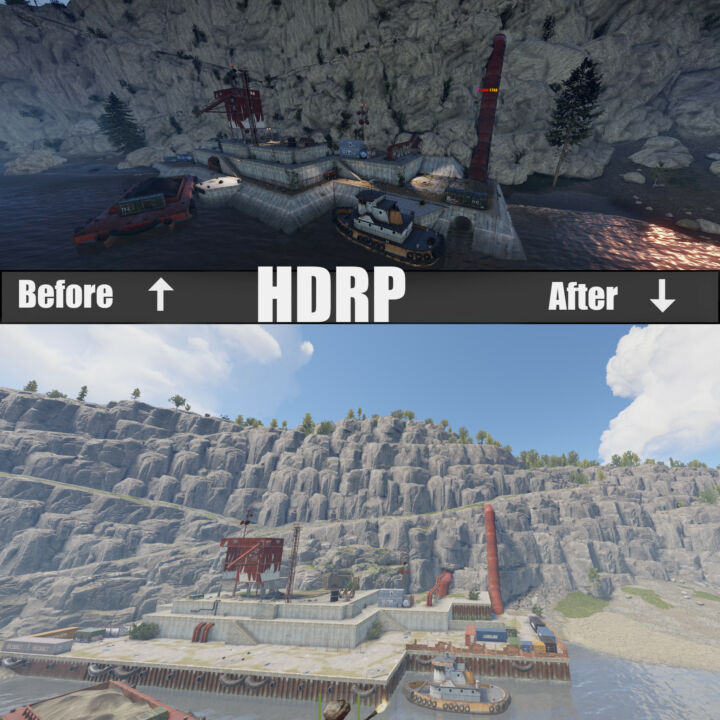 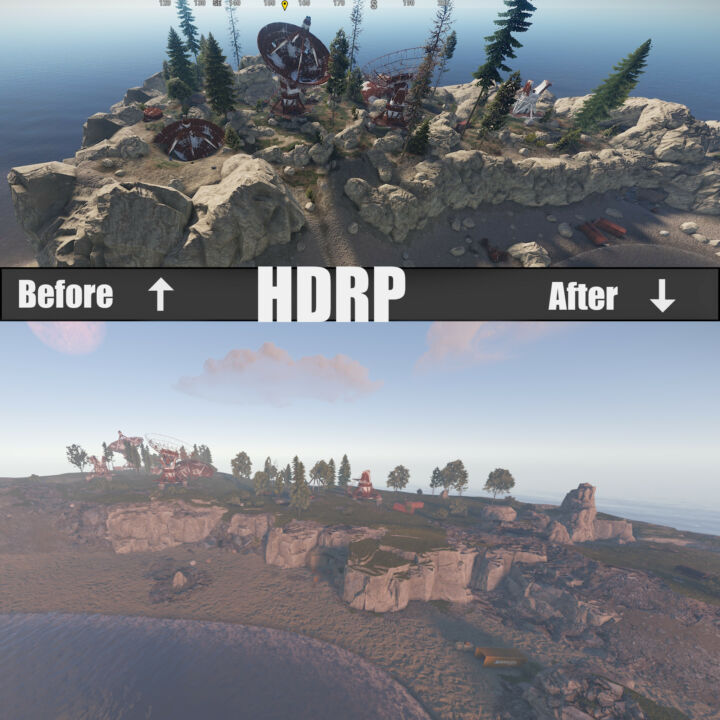 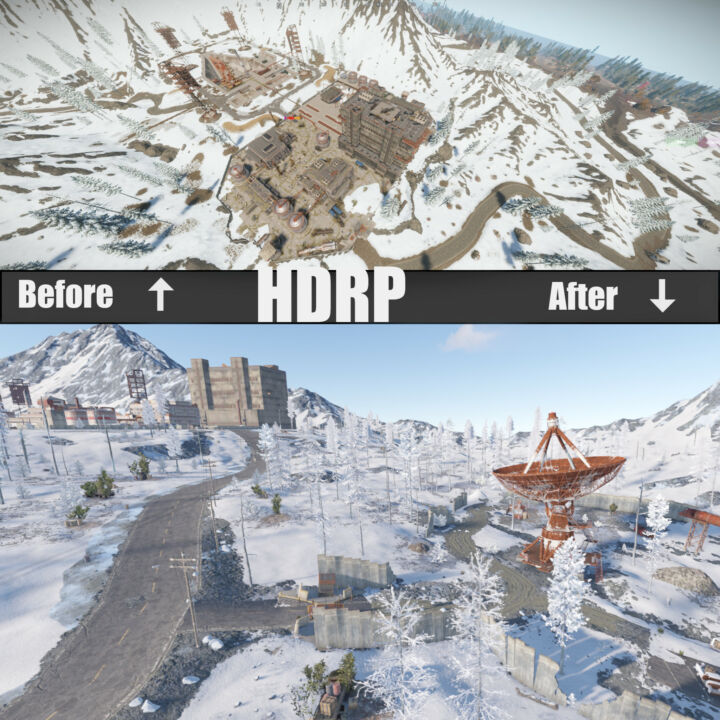 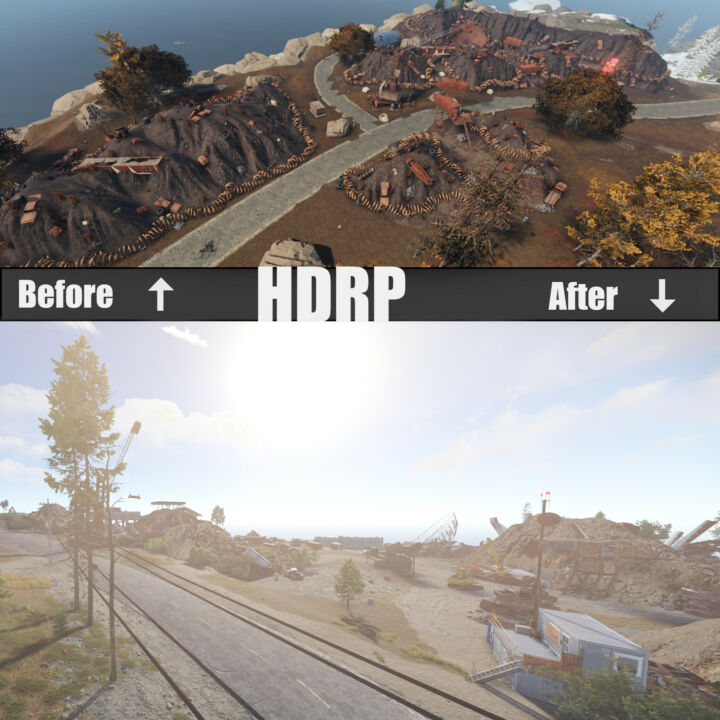 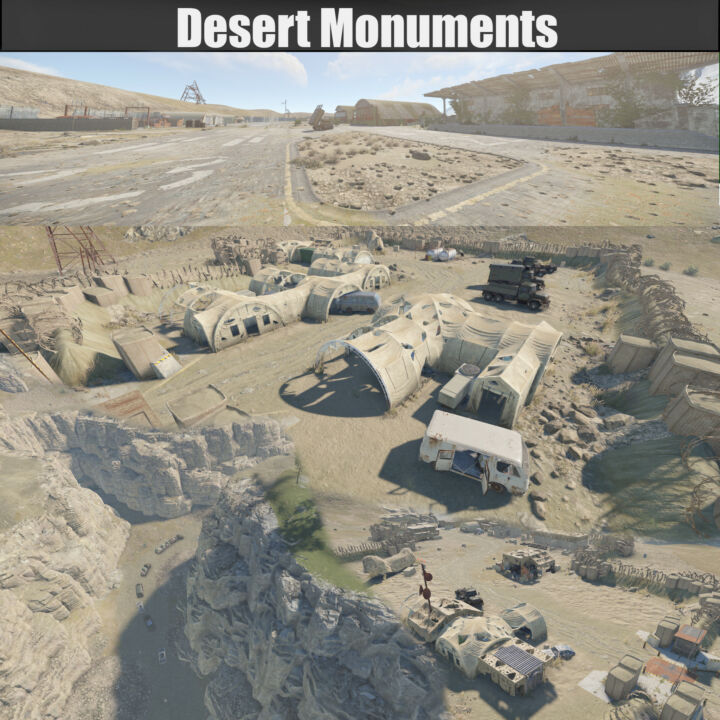 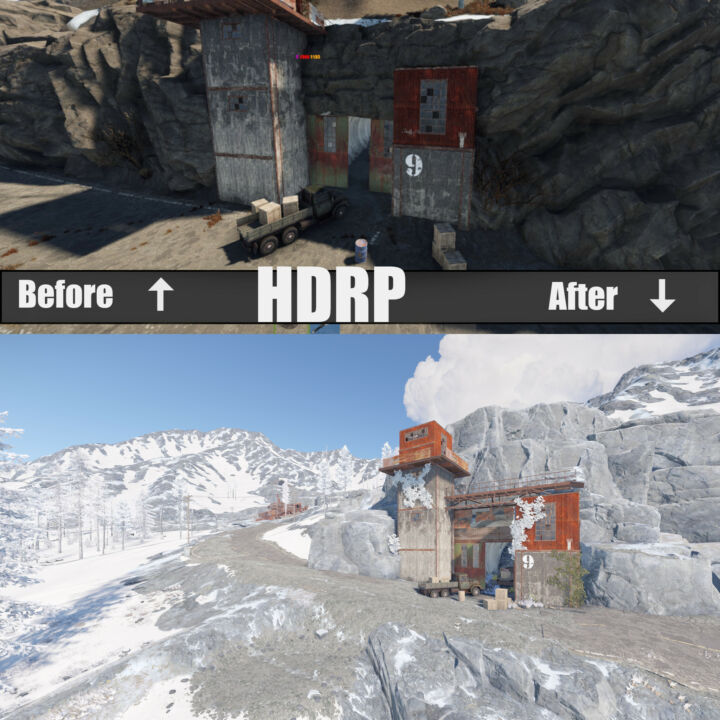 Recreated and Editable version of Hapis Island
Updated to include the latest Content in Rust
Everything included in Map is Free to use, but please Do Not Resell any of it.

So Long have we waited for Hapis to Return to Rust
After 7 months of work I have Redesigned and Remastered Hapis
Rebuilt the Map from Images, Videos, and Memory of time played I Present you my Remastered Version.

How this Project Started:

Well for years I have played Rust, across two accounts I’ve put in about a few thousand hours, From Legacy, Vanilla Rust -to- Modded I’ve played a lot. My love for this game all started back in 2016 when I discovered a Zombie Server using Hapis as its base map. Hapis was the first non Procgen map I ever Played
And let me tell you it is still my Favorite Map to Date!!

Now speed time up a few years and I discovered Rust Edit Forums by K1lly0u and I was Blown away at the small amount of mappers and what they were creating.
I started out small building what I wanted to see in a Rust map, from a Strip Club, to a Water Fall, RV camper ect. I was then brought into the discord were I still Spend most of my time. A Community I love and cherish. When Personal Life Issues got me Down this Community Helped me Get threw my Darkest of Days. An sitting at the apex of my experience with the Program I tried to recreate the Map I loved and played months on. Hapis was the hardest Project I have ever undertook and I Remade it a few times now. From Using Buildings from Wheatlymf, Keirox I turned my first Hapis remake into a zombie Apoc Nightmare for my server to play and it was great, I then incorporated Underwater Monuments like Lones Submarines and Robjs Sub docks. Currently using Robj’s outpost decor and drydock tugboat,  But then HDRP was on the Radar to come to rust and I worked on other projects in the mean time.

Eventually I got my hands on the Aux01 HDRP backport and I nearly died, all the months of hand placing rocks and rebuilding Hapis the first few times  were just completely decimated. But their was HOPE, After all the time I have Invested into Rust Edit I now knew how to do what I wanted to do, So I began working on Hapis Remastered. I took Hapis from the game files and brought it into World Creator 2, I played around with a few things and Re Merged it into Rust Edit, then realized there was a Height Limit on the map so I had to then Port it to unity, thankfully Kilgore by then had his Modified Unity Editor up an running. It saved my bacon on more then one thing and I was able to then get the terrain to fit into the map just right.

Now Ill say as I started with the Monuments I wanted to change the Designs abet more from my now acquired tastes of editing and took the liberty of trying to make them my own a bit more. Is this Map a 1×1 Recreation, NO.. This Map is a culmination of the different versions of Hapis I have played and the versions I hoped would come to pass. I wanted to incorporate the old Airfield but then settled on making a custom Airfield and mixing that with the New Military Content.

Strenuous Bug testing and patching Io thanks to my Friend Stoner Jesus I feel I haven’t just Remade Hapis, but expanded it. This feels to be my Opus as far as Map work I have done. I hope to see you enjoy the map as much as I have these last few months.

Every Server Host may be Different, Most will have Support staff that should be able to help you Install if not
Join Lone Design Discord and make a ticket We will walk you through the process.

No custom license found. Refer to the TOS for License information!

Players are reporting that the Red card at Sit B is unlootable, spawns in the desk.

It’s a glitch with the key card desk, just a standard key card desk not sure why it spawns inside the desk sometimes.

Plenty of other locations for red card though untill I figure out a way to fix that one.

Also pushed an update for today to patch some big exploits.

I will be continuing work on map every day until force wipe and then after forced wipe updates maybe bi weekly or as needed for in bulk updating if it needs it.

Map is still a wip but definitely playable.

And I read every comment so please feel free to mention any bugs you may find and I’ll try to get around to them asap.

Thanks for hosting the map
<3 u

I get an error that says disconnecting: World File Outdated: HapisReWork1.82…why im getting this?

WIll your server be listed under modded section, if you use this map on it? Id like to stay community 😀

Thank you for the hard work! Just missing some of the previous caves that I used to use. Any spoilers regarding caves available? Keep up the good work. Much appreciated.

Caves currently are just small ones to give player a little something to explore and are subject to expansion as time goes on.

I do plan to have a full custom cave monument at some point.

Aswell as add more building caves with custom puzzels aswell as play testing goes forward. To set date as of now on additions as bug fixing is top priority for now.

The SE corner ladder entrance to Green Card door is bugged/under the map. Players can get stuck leaving if they go this way.

Scientists seem to wander from spawn points/far away from monuments.

as for scientists roaming far away I have no control over them as I only added a small few of npcs to map the rest should be generic junkpile spawns nativly in world or baked into the monument.
Only ones that should be out roaming from monument are in the desert as the military camps to the airfeild are all one single monument.

Good catch, seems some of the sewer pipes got swaped to the wrong direction, ver 1.84 will have the exit going to the correct location.

Hey Mr.Nox, here’s a list of feedback i received from our players so far :

Some places you can fall through the map.
Ladders on some of the monuments are not present or not working.
Scientist spawn and aggro range seems a bit off the charts.
Some places inside radtowns such as airfield towers seems to be buildable.

Already been patched as of version 1.82 current map version 1.83, Thanks for feedback.

Was patched in version 1.83 If any more Issues arise keep me posted I will be updating the map daily until force wipe then bi-weekly unless another major bug is found. This week is very helpful in getting me bugs I miss and really help me in making sure its fixed. Also any feedback for the Current loot system will help aswell, any ideas of where players are focusing or not going will really help me on time for optimizing it. Thanks for hosting <3 You

can place bags and campfire in bus stop I6 on map

Bust stops were made to be buildable again aswell as I added back I. The pipes to allow for solo bases off the road. All intentional.

Let me know if this still persists after version 1.85

Nice work, I really love the map. But the is a little Bug at the Junkyard at G7 where a ladder isn’t working. I can’t climb it up.
Thanks for your hard work!

Was patched in version 1.85
Both ladders for getting up ramp and to get up to the top triggers were in wrong location.

How do I host this .zip/.7z file I just purchased on my server?

• First, you want to unzip the file. You can do so by just double-clicking it to open, then drag the contents to the desired location (you may need to install an external unzipping software if you don’t already have one)
• Next you will find either a structure of folders or just the .map file itself (it’s the important one).
• Once the .map is uploaded to dropbox simply copy the share link attached to it.
• You will first start off by uploading the .map file to an online hosting provider, I’ll include dropbox since it’s easy to get started with.
• Once you’ve copied the link paste it into your server’s startup .bat (batch) file. (You can leave the worldsize/seed. Custom maps override proc gen parameters)
• Example “levelurl “https:// www dropbox dot com/s/sdfagbragae/testmapname.map?dl=1”
• Make SURE the dl=0 at the end is changed to dl=1 otherwise players won’t be able to join!
• Now just start your server and it’ll boot right up! Below I’ll attach a video that goes more in-depth on hosting custom maps vs proc gen maps since it’s a tad different

Additionally, here’s a great video that easily covers hosting a custom map for the first time if you need it! https://youtu.be/y9vNvOIPyVM

• Installation is not included with any products on the site, however, if needed we may assist if you reach out to our support.
• If the product contains a plugin file (.cs) it’s advised to have it installed prior to booting your server with the map you purchased

This website uses cookies to improve your experience while you navigate through the website. Out of these cookies, the cookies that are categorized as necessary are stored on your browser as they are essential for the working of basic functionalities of the website. We also use third-party cookies that help us analyze and understand how you use this website. These cookies will be stored in your browser only with your consent. You also have the option to opt-out of these cookies. But opting out of some of these cookies may have an effect on your browsing experience.
Necessary Always Enabled
Necessary cookies are absolutely essential for the website to function properly. This category only includes cookies that ensures basic functionalities and security features of the website. These cookies do not store any personal information.
Non-necessary
Any cookies that may not be particularly necessary for the website to function and is used specifically to collect user personal data via analytics, ads, other embedded contents are termed as non-necessary cookies. It is mandatory to procure user consent prior to running these cookies on your website.
SAVE & ACCEPT
Only logged in customers who have downloaded this product may leave a review.